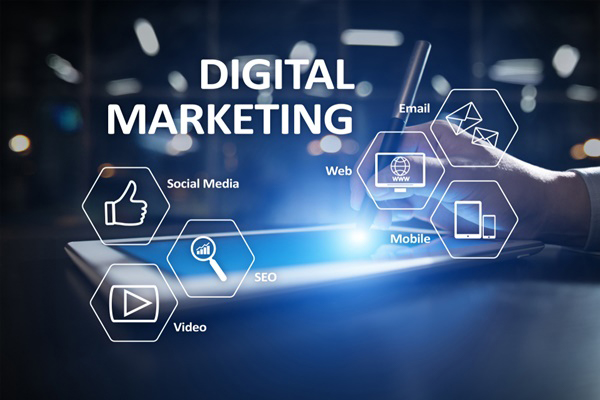 Digital media plays an indispensable role in shaping everyday life for people all around the world. What with over 400 billion of the human population each exploiting usage of the internet to tend to various needs.

The use of the internet, as well as eCommerce, is evolving and many new ideas are being commercialized. There are now strategies for brands to behave more like people to sell on social media, AR to help individuals experience products and brands in a digital space, ad posts deliberately designed to add functionality and value to users’ feed among many others.

Unsurprisingly, Internet use strongly increased in the passing years, with over 4.54 billion of the globe employing it for many different reasons, which sums up to about 59% of the global population spending more than 6H 43M each on the internet. Imagine having the opportunity to show 59% of the world what you can do, a platform to advertise your brand without the physical limitation one would expect from a billboard. All you have to do is find the best social platform and put your brand out there by entertaining fellow users with the best content and clear information on the services you offer.

We Are social and Hootsuite recently published an annual global study of Internet, social and mobile adoption across 239 counties that show that social media have become an indispensable part of everyday life for people in every part of the world. A study that shows over 90% of users aged 16 to 64 have visited an online retail store in the past month and only 74% purchased a product online.

Digital in 2020: the essential headline numbers

The role of Digital in our lives has reached new heights, with more people spending more time doing more things online than ever before: a list of perspectives from we are social alongside Hootsuite shows new-sprung internet trends from all around the world:

Mobile now accounts for half of internet use

GlobalWebIndex finds that mobile phones now account for more than half of all the time we spend online, with the company’s data putting mobile’s share of internet time at 50.1 percent.

The fast-rising influence of the East

Asia’s rising influence is evident in the latest rankings of mobile apps. Reports show that 6 of the world’s 10-most used non-game apps in 2019 belong to Chinese companies, while 4 of 2019’s top 10 games by monthly active users were developed by Chinese companies.

5G is already making an impact, boosting the average mobile data connection speed to more than 100Mbps, up from just 51Mnps this time last year. Mobile apps now account for 10 out of every minute we spend using mobile devices, with web browsing only responsible for 9% of our mobile time.

The internet is vulnerable by the shadow of data misuse and the anxiety that comes with data overload as nearly half of all internet users aged 16 to 64 used an ad blocker in the past month, up from the 47 percent that they reported this time 12 months ago.

It seems that people are spending much time playing games, as well as watching other people play games. Gamers spent more than US$150 billion on games in 2019, an increase of almost 10 percent compared to the previous year with the average ‘dedicated’ gamer spending an average of 70 minutes per day playing console games.

This summarizes the importance and growth of social media over time. A standout figure relevant to marketers and e-retailers as it allows them to engage anyone and anything from any part of the world, share fun and interactive content, advertise their brand, engage with customers, find prospective job offers and clientele etc.